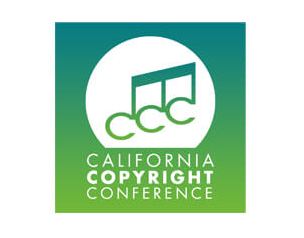 From the beginning of the American music industry, the playing field has never been level for the creative community and this has been disproportionally so for black and other creative communities of color.

This timely and pertinent discussion intends to give focus to those historical music contract inequities and what, if any, remedies have been or are being promulgated by publishers/labels, managers, agents or even the talent themselves to change the status quo.

Questions? Email us at questions@theccc.org

If you are an emerging or professional artist, arts organization, advocate or patron your should join the organization.

Attention Attorneys: This virtual activity has been approved for Minimum Continuing Legal Education Credit by the State Bar of California in the amount of one (1) hour. The CCC certifies that this activity conforms to the standards for approved education activities prescribed by the rules and regulations of the State Bar of California governing minimum continuing legal education. Attorneys who wish to register for MCLE Credit must include their State Bar number with their reservation. Following this virtual webinar, we will verify your attendance via Zoom reporting and email your certificate of attendance to the email provided at registration.

Garrett Johnson is a member of the Bars of New York and the District of Columbia specializing in entertainment and tax law.Currently representing a cross spectrum of creative talent and industry participants including musicians, authors, recording artists, composers, screenwriters, playwrights, record producers, artist management companies, independent television production entities and record labels, Mr. Johnson is also active in the provision of music publishing administration services and the facilitation of Trademark applications, as well as general business formation.Active with the Entertainment Law Forum of the American Bar Association, California Copyright Conference (CCC), Association of Independent Music Publishers (AIMP), the Society of Composers and Lyricists (SCL) and the Independent Gospel Artists Alliance (IGAA), Mr. Johnson speaks regularly on legal and business issues in the entertainment industry in a variety of venues.Prior to entering private practice he was an attorney in the Office of the General Counsel at the National Endowment for the Arts in Washington, D.C., providing counsel to agency staff in legislative, personnel and intellectual property matters.He received his A.B. in economics from Columbia University and J.D. from the Georgetown University Law Center.

A graduate of the Yale Law School and a veteran of the United States Marines, Professor Kevin J. Greene is a Visiting Professor at California Western School of Law.

Professor Greene’s scholarship in the areas of copyright, trademark and publicity rights has garnered national and international recognition in the intellectual property (IP) arena, particularly his pioneering work on African-American music and copyright law. His scholarship has twice been selected as among the best IP law review articles, in 2008 for a right of publicity article and in 2015 for an article on idea misappropriation in Hollywood. He was the first law professor voted a Top Ten attorney by the San Diego Bar in the field of IP in 2005.

Professor Greene serves an expert witness consultant in IP and Contracts cases. In 2014, he served as an expert consultant for funk music legend George Clinton in a landmark copyright case in the Ninth Circuit Court of Appeals. In 2017, he served as an expert in a copyright case involving the issue of grand performance rights. In 2016, the Intellectual Property Institute of the State Bar of California selected Professor Greene for its highest honor, the Vanguard Award in the category of Academics. In 2018, he was elected as a member of the American Bar Foundation (ABF). In 2020, he was the lead IP expert in a landmark $9.5 million jury trial on the issue of contracts and the right of publicity. Plus, he was selected by the National Bar Association as one of the top 100 African-American attorneys in California, and he was selected as the Honorary Intellectual Property Law Advisor, and a Fellow (Honors) of the United Sigma Intelligence Association, an international think tank.

Binta Niambi Brown is founder of omalilly projects, an artist management and production company. Most recently, she was Head of Business Affairs at Nice Work, and led Chance the Rapper’s record label and publishing operation as a member of his management team. Ms. Brown has also executive produced several projects, including a forthcoming project by Tank and the Bangas, and is a strategic producing partner for the new Mandela musical (and producer of its corresponding concept album and original soundtrack recordings). She separately manages GRAMMY-Award winning producer and artist Peter CottonTale and several other emerging artists. Prior to her career in music, Ms. Brown was a highly regarded international corporate lawyer and human rights advocate. She sits on multiple boards, including the American Theatre Wing, Chicago Shakespeare Theatre and Merit School of Music, and is Co-President and co-founder of the Black Music Action Coalition.

Jazz drummer, composer, performer, entrepreneur, and educator, Thelonious Monk III, the son of legendary jazz pianist and composer, Thelonious Monk II, is a member of the newly-formed “BLACK MUSIC ARTISTS COALITION,” dedicated to correcting many of the ills perpetrated through the years on black musicians of all genres in the music industry. T.S. says, “There’s much to do in music besides, the music!”

After graduating school, the young T.S. Monk joined his father’s very popular quartet in 1970 and toured with him, until the elder Monk’s retirement in 1975. T.S. then launched into the music that had captivated him and his generation—R&B. He joined a crew that included Nat Adderley Jr., Angela Bofil, Onaje Allen Gumbs, Ray Chew, Kenny Kirkland, Noel Pointer, and many other future musical movers and shakers. Along with his sister “Boo Boo”(Barbara) and girlfriend Yvonne Fletcher, he formed his own band T.S. Monk, with which he had hits on two LP recordings, House of Music and More of the Good Life, playing drums, arranging, and singing. The group toured with major R&B artists and received the “Best New Artist” at Don Cornelius’ first R&B Awards in 1980.

Shortly after his father passed away, leaving a rich and legendary legacy, to honor his father’s legacy and support the efforts of education, T.S, along with the trumpet great Clark Terry and legendary drummer Max Roach, turned his attention toward founding the Thelonious Monk Institute of Jazz and was the driving force behind the creation of the Institute’s International competitions. As Chairman, T.S. was at the forefront of helping to create a number of programs that ranged from supporting after-school athletic programs to sponsoring “The Thelonious Monk International Jazz Competition.” The Institute’s activities reach from Boston to Los Angeles to South Africa to Russia, sponsoring music education for students in the form of full scholarships to funding and supplies and from New York to Orlando.

In 1992, T.S. formed his jazz sextet and received raves from the moment they hit the stage at the 1993 “Playboy Jazz Festival,” and that year his first CD entitled Take One, hit the top of the Jazz charts. For his special 80th Anniversary Birthday Tribute to his father, the sextet formed the core of the eleven-musician, pulsating and dynamic show along with Grammy Award-winning producer Don Sickler on trumpet.

For two consecutive seasons, December 1996 and January 1998, jazz returned to network television on ABC, after a twenty-five-year absence. An historic assemblage of artists gathered for “A Celebration of America’s Music” featuring Natalie Cole, Jon Secada, Tony Bennett, k.d. lang, as well as T.S. performing his father’s signature tune, “’Round Midnight,’ with Herbie Hancock. Pat Metheny, Nnenna Freelon, Al Jarreau, Dave Brubeck, Aretha Franklin have all performed for the Annual special. T.S. continues to tour the world, and in 2012 was instrumental along with Herbie Hancock and the United Nations in creating “International Jazz Day,” a gathering of jazz musicians from 196 different countries. The celebration was held in, Istanbul, Turkey, and was broadcast live to over two billion people around the world.

In 2016, T.S. stepped away from his chairmanship of the Monk Institute to pursue other educational and community outreach opportunities. He partnered with his cousin Marcella Monk Flake and Yale University to establish “The Monk Center for Academic Enrichment and Performing Arts” in New Haven, Connecticut to help young children of all ages on many musical and educational levels. Recently, T.S. completed a CD with popular Belgian jazz accordionist, Rony Verbiest, a recording with popular Spanish guitarist Valentino Moya, and recorded his first “live” CD at Jenny’s Jazz club in Harlem, NY and Mariann’s in Berne Switzerland.

In 2019, T.S. created “Rhythm-a-Ning Entertainment,” a multimedia company to handle recording and licensing issues for the Thelonious Monk Estate. In 2019, he launched a superb Rosé wine along with Banville vineyards located in Tuscany, Italy—a wine that earned a “94” rating from the top critic at Wine Tasters Magazine. And also enjoys a wonderful relationship with North Coast Brewery, which has been producing “Brother Thelonious Ale” for the past decade—a staple at jazz clubs and festivals nationwide.

T.S.’s daughter Sierre Monk and son Thelonious IV have created a merchandising concern dealing with all things Monk at theloniousmonk.store on the web.