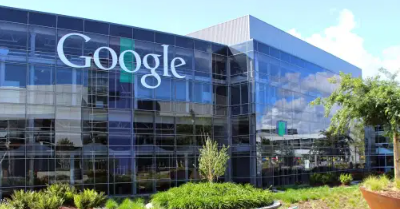 © Provided by CNBC and Google

© Provided by CNBC Google CEO Sundar Pichai speaks during the Google I/O keynote session at Shoreline Amphitheatre in Mountain View, California on May 7, 2019.Google and Alphabet CEO Sundar Pichai told employees it will commit to more than $175 million toward funding more Black businesses, as well as increase Black representation in leadership. It will also end peer badge-checks, which some employees have said encourage racist behavior.
“Over the past several weeks, violent and racist attacks against the Black community have forced the world to reckon with the structural and systemic racism that Black people have experienced over generations,” Pichai said in a blog post Wednesday. “My own search for answers started within our own walls.” The commitments come after a police officer killed George Floyd, sparking worldwide protests. A few days after the video of the killing was released, Pichai said the company would donate $12 million toward organizations supporting racial justice. Last week, YouTube announced $100 million fund to “amplify” Black creators and artists.It also comes after the company faced backlash for reportedly rolling back diversity programs and providing broken links when employees tried to access resources.Black employees account for just 3.3 percent of Google’s overall workforce, with little change over the last several years.The $175 million “economic opportunity package,” will go toward supporting Black business owners, startup founders, job seekers and developers, Pichai said. $50 million will go toward financing and grants for small businesses, focused on the Black community. $100 million will go toward funding participation in Black-led capital firms, startups and organizations supporting Black entrepreneurs, “including increased investments in Plexo Capital and non-dilutive funding to Black founders in the Google for Startups network.” The rest will go toward skills training and increasing representation in its developer ecosystem. Pichai went on to announce several commitments to build “sustainable equity for the “Black+” community, adding that it will help Google build more helpful products for users. The company said it counts “multiracial people as a member of all the racial categories they identify with” and uses + to represent this.