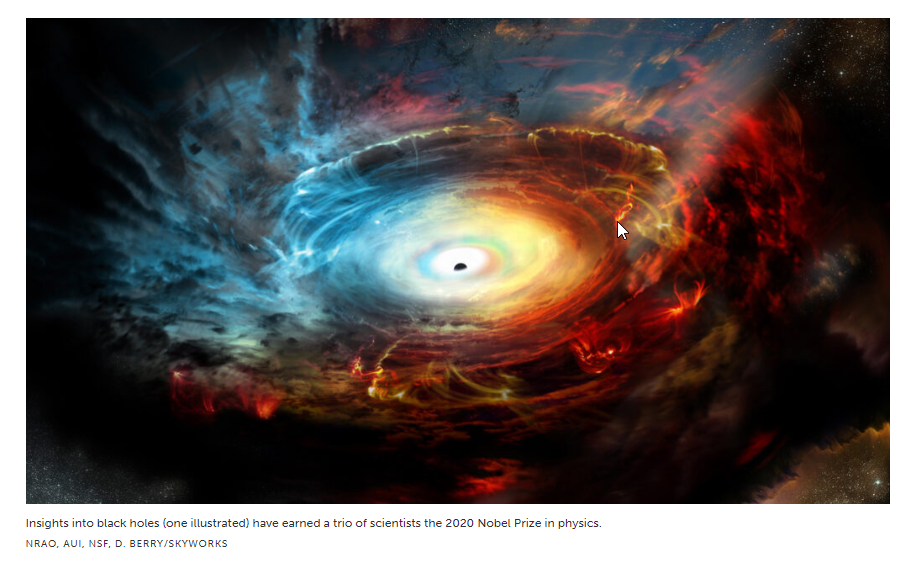 According to journalist Emily Conover of Science News…

Research that unveiled the most mysterious objects in the cosmos has garnered science’s highest honor.

Three scientists who cemented the reality of black holes have been jointly awarded the Nobel Prize in physics. Roger Penrose of the University of Oxford, Reinhard Genzel of the Max Planck Institute for Extraterrestrial Physics in Garching, Germany and Andrea Ghez of UCLA will split the prize, the Royal Swedish Academy of Sciences announced October 6.

Black holes are massive objects with a gravitational field so strong that nothing can escape once it falls within, not even light. At their centers, black holes harbor a puzzling zone called a singularity, where the laws of physics cease to make sense.