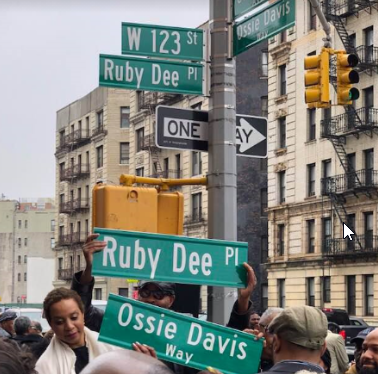 A rare, worthy and almost poetic “reflective practice and chronology” of our American history, social contract, legal, and ideological development to indicate — where we are politically, economically, culturally, and socially positioned in the 21st century.

When Will This Madness End?

I’ve been thinking about this new era of The Struggle — this same fight against inhumanity, injustice, and inequity. This same fight for the freedom to be. I’ve been thinking about the seemingly never-ending line of victims, martyrs, activists, and advocates throughout history who have fought, died, or have been killed in this Struggle, as well as those who have yet to do so.

Calls for justice echo through generations of those who believed in freedom and did not rest. But despite the revolts, protests, and video tapes; despite the wins of Black and Africana Studies departments, diversity policies, Negro History Week, Black History Month, and us telling our own stories, black people are still being dehumanized, disregarded, and killed by socio-economic and political diseases born out of racism, white supremacy, and militarized policing.

Here we are again. A 2020 spike, hotspot, cluster, outbreak of the chronic pandemic of racism, another non-indictment. Another city afire. Another street corner memorial etched into the timeline; another life stolen from another grieving family. Another name added to that list. Once again, racism lurks under the fingernails of the unsuspected and tracks in on the bottom of our shoes. Once again racism hijacks the air between greed and humanity where no one can breathe. We are afraid or too guilty to inhale, and we dare not exhale lest we think the violence against black people is over when we know it is not.

The experience of black people around the world has been predicated on violence that is rooted in centuries of systemic racism, ignorance, greed, and evil. The violence has been continuous, pervasive, oppressive, and terrorizing, and the fight against it has been difficult, painful, relentless, and unending. This Struggle is not over and nowhere near done. So what’s it going to take to end such deeply rooted madness around race?

I’ve been thinking about the courage it took for Harriett Tubman to make her way on the Underground Railroad to free our people from enslavement. She kept running up and down the eastern seaboard while all around her bodies were being lynched and maimed and dismembered. She didn’t slow down. She didn’t stop. Ankles soaked in the blood of her brothers and sisters, she kept putting one foot in front of the other. I’m sure she got tired and hungry. I’m sure her fear was the kind that kept her alive, and I doubt that she ever recovered from the trauma if even she registered it as such.

I’ve been thinking about the conviction it took for Mamie Till Mobley to display the bloated, murdered body of her 14-year-old son, Emmett, and more importantly, why we had to look. I’ve been thinking about the mindset it took for James Baldwin to ask the essential question: What is it that makes white people feel that it is necessary — if not ordained — to subjugate black people?

Like a call and response, every racist act along the circuitous trek of this Struggle requires an outcry. Legislative antidotes to racism have enabled us to stand on a mountain of shoulders and ascend the next few rungs on a few more ladders. Policies, procedures, and the acts of individuals and organizations have shifted the structure of the system and caused a few more blocks to topple. Art and persistent worldwide social justice street work has brought necessary attention to this Struggle. Declarations of support by businesses have helped (almost to the point of being disingenuous), and the arms of so-called “allies” feel good (a misnomer in this Struggle, but that’s another story). And amen to all of that! But new laws, civil disobedience, and strategic political gains alone will only get us so far. Our resistance, tears, and outrage are warranted, but they alone will not steel our children for the hard work that their era of this Struggle will inevitably bring.

So what will it take to decrease the power of race and increase the power of justice and peace? What will it take for the accountable to become accountable? What will it take to affect the psyches of folks like those who participated in the Berlin Conference AKA the Scramble for Africa AKA the I Don’t Give A Shit About You Black Folk meeting? What will it take to reach the great grandchildren of the children pictured in the photographs and postcards of lynchings? When can we discard all the barrier labels to which we adhere — those invisible distinctions reflected in the borders we build, the languages we speak, and the way we tie our hair or not. When will I be judged by the content of my character rather than the color of my skin and when can we all get along?

Changing people’s hearts and minds is easier said than done. Especially for billions of people. Based on the non-scientific 20–60–20 rule of change, 20% of us are already working toward the change or are on board to make the change we envision. Sixty percent of us may be able to be convinced, and the remaining 20% of us may never change at all.

It will take a few more generations for us as a people to reach a level of enlightenment where most of us acknowledge in our hearts and minds that racism is a societal mental health disease and spiritual deficit that affects victims and perpetrators in every phase of identity expression throughout every facet of society. Getting to that collective revelation will entail the continued pressure from all of the social justice work that is being done and has yet to be done. It will require systemic empathy, which can rise out of self-love and the love for others as self. All of which is predicated on what we know about ourselves and each other. And all of it — ALL of it — has education as a foundation. From good home training, social wit, hard knocks, and mentorship to formal schooling, professional training, and post-doctoral study, education — increasing one’s knowledge about oneself and others and using that knowledge to elevate consciousness, self, family, and community — is the undergirding for justice, education as justice. No education — no cultural responsiveness, no black teachers, no adequate funding, no innovation, no equitable access and opportunity — no justice. And it will take a few more generations for racism to be eradicated — extricated from our consciousness. For that, I am holding my breath and hoping with dry eyes and a cautious heart.

For right now though, every station in this Struggle is a front, and every person is a general. I’m thinking that if we each take one Harriett step at a time from wherever we are, doing whatever we do in this Struggle; if we each hold our hearts together, place ourselves in power, and keep Ella’s Song in our minds and love on our tongues, then our affirmations gradually will become truer than our refutations, compassion ultimately will outweigh evil, and humanism finally will obliterate racism. I’m thinking then. Then this madness will stop.

Hasna Muhammad is the youngest daughter of the late Ossie Davis & Ruby Dee. She is a renowned educator, writer, and visual artist whose work focuses on family, social justice, education, and the human condition.